Learning how to play the piano can be a daunting task and one that can definitely be frustrating at times, especially if you are starting from scratch. Before you can even begin to learn to play any actual songs, you are going to need to learn the notes of the keys and some basic chord progressions. Without learning these, you are going to find things very difficult. An easy way of learning the notes is to label the keys. This can also make remembering the notes in a chord easier too. Once you have learned all of the notes and know the basic chords, you can begin to learn some songs. Here are a few suggestions for songs that sound complicated to play, but are actually relatively easy with a little bit of knowledge.

This is one of those songs that we have all heard, without a doubt. It was number one for weeks on end in countries all over the world. The opening piano riff sounds very complicated with lots of notes played in quite quick succession. Most people with no experience of playing the piano would probably hear it and immediately be put off trying to learn how to play it. If this is the case for you, then don’t be put off, it is actually quite an easy song to learn, mainly because the main melody is played on a loop throughout the song. In fact, if you are a beginner to piano playing and you are being taught professionally then this is one of the songs that you will probably be taught. Most of Adele’s most famous tracks are actually quite easy to play because a lot of them either consist of a repeated chord pattern throughout or a repeated melody.

Another song that sounds very complicated to play is Clocks by Coldplay. It has a fast repeated melody that plays throughout which sounds incredibly complex to get your head around. However, playing this song on a piano is actually really easy, once you know the chord progression and the melody that plays throughout. It is a song that will take a lot of practice though, as a lot of it is played on sharps and flats which can be easy to miss when you are playing at such a fast pace. However, with some practice playing with both hands you will have this one down in no time at all. Much like Adele, there are a lot of Coldplay songs that are relatively easy to play on the piano.

If you have seen the movie White Chicks then you will have definitely heard of this track. There is no getting the image of Terry Crews singing along out of my mind, anyway. You will have also heard of this track if you were born in the 90’s. The great thing about this one is that there is a fairly simple melody at the beginning that repeats quite frequently in the song and the chords in between the melody aren’t overly complicated either. Playing them together at pace is a little harder to get your head around, but with a bit of practice, this is another track that you can master in no time at all.

We’ve all heard this one with One Republic and Timbaland. When it was released, pianists all over the world were putting their covers on YouTube and thousands of tutorials were uploaded. This one sounds complicated because it sounds like a lot of complex chords being played quite quickly, but this isn’t exactly the case. If you take a look at some of the tutorials on YouTube then you will see that the whole song is basically the same chords being played in a loop. Once you have the basic progression down you can begin to add bits to it. It’s actually a relatively easy track to learn and one that doesn’t take much time if you practice a little every day.

So many people get put off the idea of learning to play the piano because they assume that it’s really hard and that they won’t be able to get the hang of it, but this really isn’t the case. Anyone who is willing to dedicate some time and effort to practising can learn to play, without a doubt. If you are still struggling with the idea, then take a look at some of the most popular YouTube piano tutorials for yourself and you will see that some of the most popular songs in the world are actually really easy to play on the piano. Once you have mastered one song you will definitely find yourself wanting to learn more of your favourite tracks. 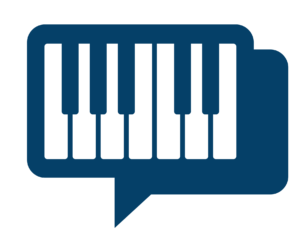